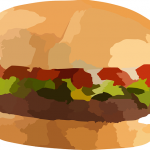 Since 2016, Meat 2.0 has become the trending food topic. Beyond Meat and Impossible Food are the two major plant-based meat companies now serving consumers at restaurants from A&W to White Castle, as well as in grocery stores. The rise in popularity is based on consumer’s desire to cut down on meat consumption. According to a survey conducted by Johns Hopkins University, nearly 60% of U.S. consumers have expressed interested in eating less meat, driving the market for alternative protein sources that taste like beef.  Why? Studies have shown a link between frequent consumption of red meat... Read More