Motivational Monday – Friendship: The best holiday investment you can make! 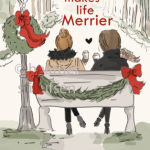 Humans are social beings. There are hundreds of scientific studies that prove this to be true.  I believe that that our desire for social acceptance along with a desire to be loved, are the core intrinsic motivators for most of our behavior.  I love socializing which is one of the reasons I enjoy the holiday season so much.  At a holiday party this weekend I met a woman who told me about a study that was done at the University of Kansas to determine how long it takes for friendships to develop. The article states: “In a new report published in the Journal of Social and Personal Relationships,... Read More 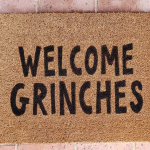 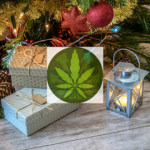 The holiday season is here and there are plenty of great gift choices for the active cannabis consumer! In fact, there are so many options to choose from, we’ve compiled a short list of some of the best cannabis products and accessories for the active cannabis consumer in your life. All of these have been tested and hand-picked by cannabis athletes to ensure the best possible gifts for those who enjoy cannabis and being active. Every item below can also be purchased online, and legally shipped anywhere in the US! Stigma Activewear Stigma is on a mission to shatter the lazy stoner stereotype... Read More

3 Tips This Holiday Season To Do Less, And Enjoy More 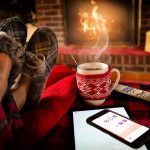 Thanksgiving kicks off weeks of eating, shopping, parties, and family gatherings. Most people feel a mix of joy and anxiety right before and during the holidays. Statistics show that up to 69 percent of people are stressed by lack of time, 69 percent are stressed by a lack of money, and 51 percent are stressed out about the pressure to give or get gifts. A British study examined people’s stress levels and other behavior during the holiday season. For anyone feeling less than on top of things, the turning point from mild to severe stress comes on December 18 and peaks on Christmas Day. According... Read More