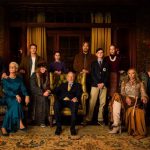 Making a movie is hard. Making a good movie? That’s really hard. Making a good mystery? These days that appears to be damn near impossible, given the relative scarcity of mysteries. Horror movies, superhero flicks, action, and dramas are all doing well in theaters and multiplexes. A good old whodunit? They’re a rare breed. But why? Is it because, as a society, we’re dumber? I imagine that some people of a certain age would sneeringly point to Millennials and the rise of social media and claim their attention spans have been irrevocably damaged.* Yet the average American reads somewhere in... Read More

The End Is The Beginning 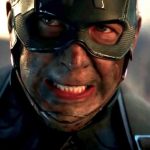 “A thing isn’t beautiful because it lasts.” That quote comes from the under-loved Avengers: Age of Ultron. Upon its 2015 release, we were 11 films deep and there were two schools of thought about the Marvel Cinematic Universe, a sprawling epic of interconnectivity. Eager nerds like myself were excited. Comic book creators and imagination machines like Jack Kirby, Stan Lee, and Steve Ditko used these characters, perhaps unwittingly, as a kind of modern mythology. There were lessons of tolerance, justice, decency. You could take something of real value away from the adventures of a bunch of... Read More