Archive for the ‘ Movie Reviews ’ Category 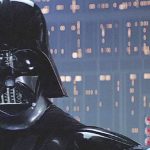 You shouldn’t expect your kids to be into the same things you are. It certainly wasn’t the case with my father and me. Bill was a World War II veteran, a lover of big band music, and a guy with the kind of effortless charisma that made him likable to everyone he came across.* He was also a casual moviegoer. I remember him laughing himself into a mild asthma attack during The Naked Gun, and I remember us seeing both Goodfellas and The Silence of the Lambs theatrically. However, I should emphasize he was a casual moviegoer. Did he care about the works of Altman and Kurosawa? Nope. Not even a... Read More 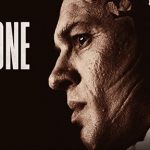 Sometimes the meaning of a life is revealed at the end of it. We’ve seen that in film for decades, and perhaps the best example of this is Citizen Kane.* After a meteoric rise and a life spent in journalism and the halls of power, Charles Foster Kane is moments away from death. He whispers, “Rosebud,” and as the film commences, we learn that all the power and prestige in the world is meaningless without love. A real life tends to be messier. Sometimes that’s problematic, and reality is jettisoned in favor of a narrative. The end result might look a bit like Braveheart, a cracking good movie... Read More

The Worst of All Possible Parents 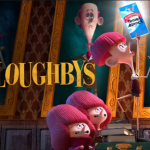 The Willoughbys is streaming on Netflix Once upon a time, there lived a parent. This parent had the colossal misfortune to be a) alive during a pandemic and b) in charge of children. It was bad enough that the wicked virus forced people to stay inside.* Movie theaters closed. Baseball stadiums were empty. Jobs vanished. People scoffed at the idea of eating at buffets. As you can imagine, all that time spent inside was incredibly boring for the parent. There were only so many times they could make sourdough bread! But as dull as it was for the parent, it was a thousand times worse for their kids.... Read More

Return of the Sad Action Guy 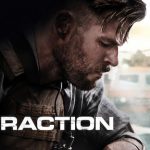 Extraction is streaming on Netflix now. Not all action movies are created equally. You know that, and you know there’s a wide world of difference between an honest-to-God classic like Die Hard and a disappointment sandwich like A Good Day to Die Hard. Like me, you’re likely stuck in coronavirus lockdown, and you’re likely looking for entertainment to take the edge off. The question is, what flavor of action movie are you after? If you break it down, there are really three kinds of action protagonists. The first is Happy Action Guy. Bruce Willis has played quite a few of them, and despite... Read More

The Expanse of Dreams 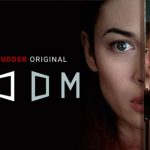 The Room is currently streaming on Shudder. Some people love home renovation projects. Can’t get enough of them. I am not one of those people, due to a comical lack of handyman skills. An example? My involvement in a house painting project with my wife ended with an irritated lesson in proper brush techniques and the hissed admonition to “Go get pizza. Just go.” Needless to say, I got the pizza. Your experience might have been different. Many years ago, my friends Stacy and Dave bought a home located in a small town in New England. Having been built in the late 1700s, their house passed through... Read More 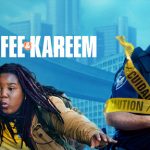 Coffee & Kareem is streaming on Netflix. We can’t help what we find funny. Who knows where it comes from in the first place? We all have those particular peccadillos that crack us up and make little to no sense. That’s just it—our sense of humor is simply that, a sense. There’s no logic, no rhyme or reason to explain it. Years ago, I worked with a guy and got a very close look at his sense of humor. He was responsible, well-liked, and good at his job. Yet no matter what he was doing, if he saw someone fall, he would immediately die of laughter. You’d hear this loud, almost Joker-style... Read More 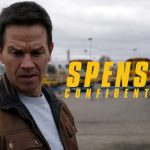 Spenser Confidential is streaming on Netflix. Gather round, children, and let Graybeard Tim regale you with tales of the Long Ago Times! Back in the day, there were three tiers of screened entertainment. The first was theatrical films. This was where the Scorseses, Spielbergs, and Coppolas of the world lived, and actors like Harrison Ford and Tom Cruise strode the world like a colossus. In short, it was the big time. The second tier was television, and at the time it was looked at as a decidedly lesser art form.* You had formulaic cop shows with lawmen (and they were almost always men) who would... Read More 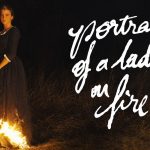 Portrait of a Lady on Fire is streaming on Hulu. Connections are everything. We all know that humans are social animals. We all know that there’s an inescapable aspect of us that yearns to be around others. That connection might be on a professional level, a familial level, a romantic level. Even introverts, who might feel like they have been in training for current events, need somebody else in their lives. Making the right connection is hard enough. You have to be in the right place at the right time with the right person. Even then, the bonds can be tenuous. Ghosting seems like a 21st-century... Read More

Up The Down Elevator 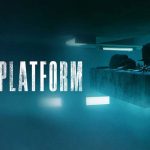 The Platform is streaming on Netflix now. It’s hard enough for a quality film to break through to audiences under normal circumstances. The Motion Picture Association of America tells us that, despite the usual fluctuations, an average of 600 movies are released yearly. Of that number, some of them have advantages. Major studio backing and a multimillion-dollar marketing campaign can get a film a hell of a lot closer to the finish line of profitability, regardless of its actual quality. But, as you’ve probably noticed, we’re a country mile past “normal” these days. Going to the movies... Read More 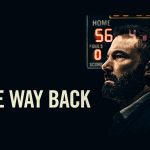 We’re all scared. Can you blame us? There’s a pandemic cutting through every corner of the world. The guy who’s supposed to be in charge doesn’t appear to know what he’s doing. People are hoarding toilet paper, for God’s sake. As a species, as a country, and as individuals, we’re living in a time of great uncertainty, and it might feel like we’re going to hit bottom any minute. What are we supposed to do? You know who knows a little something about that? Ben Affleck. It wasn’t easy for him, growing up with a father who was an alcoholic and the eventual split that took place between... Read More