Home » Articles » Motivation » The Fire Inside

Deep within the core of each of us lies our life force…our internal fire. At times, it burns with varying degrees of intensity, but it’s ever present. Just as each of us is unique and individually gifted, the constitution of our fire is dynamically different. The passion and intensity from one won’t always resonate with another but that doesn’t make it any less significant. If we were all driven by the same things, our world would lack the diversity, creativity, ingenuity, and grandeur that make it the beautiful melting pot it is.

Tremendous ability lies within each member of our tribe and we do our fellow man a disservice when we fail to acknowledge or worse yet, suppress it within ourselves. Our gifts were meant to be shared and we were meant to shine like the stars in the sky we are. Each of us is special and wholly unique.

I’m in no way, shape, or form a golfer but the game provides one of the most quintessential analogies for the game of life, at which I am a player. It’s the 72nd hole of the US Open and the Championship is yours for the taking. On the near side of the green lies a pond, the wind is in your face but if you carry the pond, you can two put for the win or you can lay-up short of the pond, wedge it onto the green, and then leave yourself with one putt for the win and if you miss, you’ve another putt to tie.

How bad do you want to win? What’s your internal fire driving you to do?

At the age of 65, Harland Sanders was bankrupt after working a lifetime of jobs ranging from farmhand, army mule tender, motel operator, aspiring lawyer, failed political candidate to gas station attendant. His most recent venture, running a popular and successful restaurant out of his bedroom had gone belly up when a new highway was built that diverted traffic away. Undeterred and driven by a force that wouldn’t allow him to end his pursuit, he took his first ever social security check and doubled down on himself, opening his first franchise. Less than ten years later, he had more than 600 Kentucky Fried Chickens in the United States and Canada.

There’s no shortcut to the top. It’s a painstakingly long, arduous journey paved with setbacks, suffering, and pitches that from one’s current vantage point appear impossible to overcome. Looks however, are often deceiving and the view is unparalleled once we reach the top…making the road traveled that much sweeter. 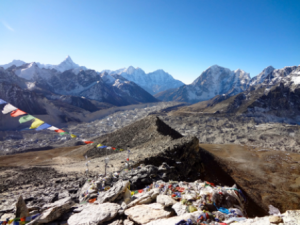 What in life worth having isn’t worth working for?

At home in 1953 using his wife’s sewing machine to devise a Dacron sheath, Michael E. DeBakey pioneered the very heart procedure that would save his life in 2005 at the age of 97. An unparalleled innovator in his field, who’s widely regarded as the “greatest surgeon ever” according to the Journal of American Medical Association in 2005, Michael was an active practitioner into his 80’s and is credited for innovating surgical devices and procedures, which have saved tens of thousands of lives and been performed on millions of people around the world. Driven by a force that only he could adequately articulate, his refusal to yield in the face of the natural deterioration of the human condition has had monumental effects on the furtherance of our society as a whole. No doubt having faced his share of obstacles and setbacks, he continued to persevere and for his inability to tap out we’ve all benefited.

What’s your end state? And most importantly, what will you do today to get there?

After an honest internal reflection to define and articulate it, the journey to the top begins with the first bold step. 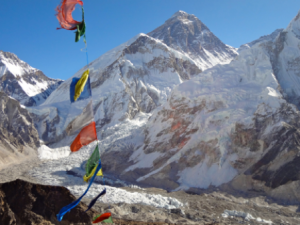 Today, presently on this golf course of life we are all faced with the same decision as the one in the aforementioned golfing scenario. There’s no guarantee we’ll ever be here again. Why lay-up?

Thomas Muir
Tommy spent six and a half years in the Marine Corps as an infantry officer, holding numerous leadership positions and doing multiple combat deployments. Upon leaving the service, he worked with multiple nonprofits, helping wounded service members and veterans recover through cycling and triathlon. This work deeply resonated with him and led him to pursue a Master of Arts in sport psychology. Working in this capacity, Tommy embraces the wise words of Henry Ford, who once said, “If you think you can or you think you can’t, you’re right.” Henry Ford was talking about mindset. Mindset is everything. The way we think, the way we interpret sensory information, and our ability to thrive in complex environments are all determined by our mindset. It grounds our approach. It either helps us get where we want to go, or it is what is holding us back. With this understanding, Tommy works with athletes, performers, and business professionals, to hone their mindset, enabling them to find the results commensurate with their innate abilities. Tommy is an active endurance athlete residing in Boulder, and can be found on the roads, trails, and pools in the local area. https://www.mindsetelevated.com
Tagged: couragefire insidegolfjourneylay-upmindful mondayreflection
OnColoradoSprings.com is a locally-owned and operated directory and information guide for Colorado Springs Colorado
Discover the best of Colorado Springs shopping, restaurants, night life, breweries, events, business, outdoors, fun, local life, real estate, transportation, jobs, and schools.
Looking for what to do in Colorado Springs? OnColoradoSprings.com has columnists, and bloggers to keep you up to date on the best of Colorado Springs, Colorado.