The mental health crisis: why CBD may help

The world is sitting up and taking notice of cannabidiol (CBD), and the health benefits of this cannabis derivative. The compound has breathed new life into the medical cannabis industry, and is breaking down the unhelpful, but ingrained beliefs that cannabis is a net negative for society, and detrimental for mental health.

However, the latest science does not support these claims at all, and in fact, CBD may be the most exciting and viable treatment for anxiety, depression and other mental health conditions that is legally available. In this post, we’ll explore the unique therapeutic properties of CBD in regard to mental health, and how the compound may be vital for maintaining the health of the brain. 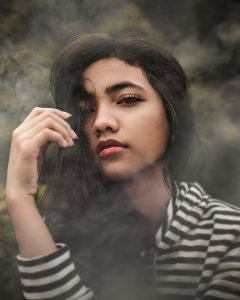 In the age of social media, people have a chance to open up about their mental health disorders to the whole world without having to reveal their identity. And while the stigma surrounding certain conditions has certainly not disappeared, the conversation has begun and the importance of finding solutions for depression has at least been acknowledged. A global issue, depression now affects about 4 percent of the world’s population, or 300 million people.

The symptoms of depression can be strain, and for many the condition is unforgiving. A major depressive disorder is classified as any slump that involves symptoms such as a decline in mood, a loss of appetite, and a lack of interest in previously enjoyable activities, which lasts for two weeks or more. But for some patients, depression can last for several weeks, months and even years.

Unfortunately, the brain has proven a complex organ to understand, and treatments for depression and other mental illnesses are not at the same standard as those available for physical illnesses. SSRIs (selective serotonin reuptake inhibitors) are widely considered the best class of antidepressants on the market, yet these have not been updated in 30 years, are ineffective in up to 40 percent of patients and often do not show any noticeable benefits until they have been taken for many weeks. SSRIs boost the amount of available serotonin in the brain by stopping the reabsorption or reuptake of the neurotransmitter.

Recent brain scans on patients with depression may hold a clue as to why SSRIs can be ineffective – as well as causing chemical imbalance, the mood disorder may also instigate inflammation of the brain. Although this suggests that depression is even more serious than first thought, the effectiveness of CBD and other cannabinoids as neuroprotectants and anti-inflammatories, as well as chemical regulators, could make medical cannabis an ideal treatment for the condition.

Serotonin and dopamine are the neurotransmitters most associated with happiness and motivation, but anandamide, an obscure neurotransmitter first isolated in 1992, has some useful antidepressant properties of its own – these come from the endocannabinoid’s activation of the CB1 receptor in the endocannabinoid system. The body creates anandamide, but it can also be obtained from chocolate, as it is found in the cocoa plant. However, it appears that some people have a deficiency in anandamide which may cause long-term mood slumps – a more comprehensive understanding of such deficiencies can be found in Dr Ethan Russo’s paper on Clinical Endocannabinoid Deficiency.

CBD is able to indirectly treat an anandamide deficiency, by inhibiting the metabolic enzyme – fatty acid amide hydrolase – that breaks it down. By stopping this process, anandamide levels are boosted, and more mood-boosting signals can be sent via the CB1 receptor.

Another way to boost anandamide is by vigorous exercise – a breakthrough study found that it this chemical which encourages the “runner’s high”, a sensation of euphoria that comes when the body releases increased quantities of anandamide into the brain. The more we can get of this feel-good chemical, the better – potent CBD vape oil and e-liquid is a great way of rapidly boosting anandamide.

CBD and the treatment of brain inflammation

The neuroprotectant and antioxidant effects of cannabinoids could be so significant, that the federal government of the United States took the unprecedented step to patent them in the early 2000s. Many have decried this move as complete hypocrisy as cannabis remains a Schedule 1 substance – this classification, the most restrictive of all in the list of banned substances, is for compounds with “no medicinal value.”

Studies have now found that CBD might not just offer protection for the brain, not least by sorting out our circadian rhythms which allows us to enjoy deeper and more regenerative sleep, but that it could also help to repair damage caused by inflammation, by generating neurons from neural stem cells, a process called neurogenesis. We are still waiting for proof of this in humans, but a study in the British Journal of Pharmacology showed that CBD stimulated neurogenesis in the hippocampus of adult rats via the CB1 receptor.

Why does this matter? Because the hippocampus is thought to have a central, if not sole role in depression. This brain region is responsible for much of our learning and memory processes. In addition to having a connection with depression, a shrinking hippocampus can also cause a decline in cognitive function and increase the risk of Alzheimer’s disease.

How CBD can improve the circadian rhythm

There are multiple benefits to this, from flushing out neurotoxins that accelerate neurodegenerative damage, to healing muscles, body tissue and generally improving energy levels. A better sleep pattern also means less fatigue, which has a positive effect on mental health, as it allows us to be more interactive and sociable.

For the full benefits of CBD as a body clock regulator, CBD capsules are a good choice as the effects last from six to eight hours – adults are recommended to get at least seven hours of sleep per night.