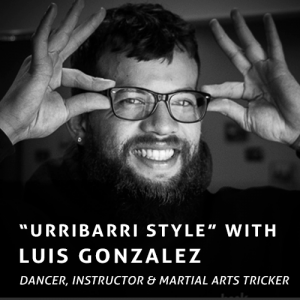 Luis Gonzales is a dancer, break dancer, and martial arts tricker in Colorado Springs. He performs and teaches classes.

How do you define an artist? I like to say that the best artists are the ones who draw inspiration from the past in order to innovate for the future. And Luis Gonzalez Jr. does exactly that through his athletic performance arts.

Latin dancing. Breakdancing. Martial arts tricking. These are, as Gonzalez describes, the three pillars of his art.

“What I’ve been trying to do for a while,” he says, “is to unite all of them and make it one movement.”

Urribarri. That’s the artist name he’s given himself and it’s the name of the new hybrid sport he’s developing.

“My mother’s maiden name is Urribarri so it’s a really rare last name and that’s almost the artist in me that I go by because my father’s last name is Gonzalez, which is really common. So I feel as an artist that I don’t want to be so 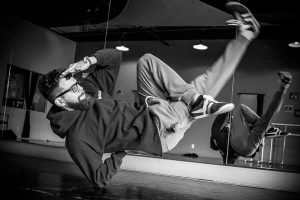 common. So I’ve taken Urribarri as my artist name that I can identify myself as. And in a way it would just me. It’s just me Urribarri, I don’t know.”

But who is “just me?” Gonzalez’s story begins in Venezuela where he was born. That’s where he was first introduced to dancing.

“In Venezuela,” he says, “it’s a Latin country, salsa dancing, a lot of Latin music is really common. Everybody listens to it. So my family, growing up I always saw them dancing. My uncles, aunts, cousins, like family get-togethers, everybody’s usually dancing… But growing up I wasn’t really into dancing. I was more into martial arts.

“And then when I moved to Puerto Rico I continued karate because my dad got me into it and he did karate… But in Puerto Rico dancing is very big, so I mean in Venezuela it is big as well, but I feel like in Puerto Rico it’s even bigger. It’s huge. So, there’s concerts everywhere in the streets. There’s live music everywhere… So I couldn’t run away from it.” 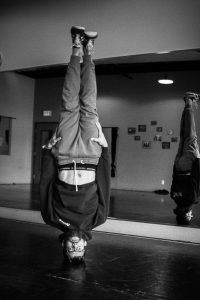 Then at thirteen, Gonzalez moved to Colorado Springs. He took boxing classes. He practiced Jujitsu. Yet dancing was always within reach.

Some people might think that if you want to be an expert, you have to focus. Pick one thing. But not for Gonzalez. He sees these movement arts as self-expression and his life story is as diverse as his sweet moves.

“I feel like it represents me in a way,” he says. “When I do Latin dancing, it brings me back to the times with my parents and my sister and my family when we were together… It reminds me of those times of all of us being happy as a family. I guess like celebrating. In a way when I’m Latin dancing I love showing off that joy, that happiness that reminds me of those times.”

All of these elements combine into his unique blend of Urribarri movement art.

And having spent his childhood outside the country, yet living most of his life in Colorado Springs, Gonzalez possesses 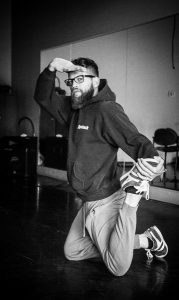 a unique perspective on the city.

And finally, I can’t help but ask about the facebook goats. Gonzalez laughs and says G.O.A.T. stands for “Greatest of All Time.” That’s what he wants to be. That’s what he wants his students to be. And so to get participants pumped for a recent martial arts tricking event he hosted, Gonzalez brought in live baby goats. And if you check out the pictures yourself, you’ll see they were a hit.

TJ Neathery
TJ Neathery spent his childhood in Albania, adolescence in Texas, but now lives and writes in Colorado Springs, CO. He describes himself first and foremost as a Christian who is a writer. He received his MFA in fiction from Oregon State and enjoys writing short stories and novels. Recently, he completed his first novel manuscript, Gracie Got Us Down to Texas, about an alt. rock band trying to break onto the Austin, TX music scene. He has also published stories in various lit mags. One of his great passions is music. Since high school he's collected over 350 CDs and he enjoys playing his vinyl collection on a hot pink Victrola. With all these artistic interests, it just makes sense that he connects with local artists through the Artist of the Week feature.
Tagged: colorado springslatin dancingLuis Gonzalesmartial artsnew aritstsUrribarri
OnColoradoSprings.com is a locally-owned and operated directory and information guide for Colorado Springs Colorado
Discover the best of Colorado Springs shopping, restaurants, night life, breweries, events, business, outdoors, fun, local life, real estate, transportation, jobs, and schools.
Looking for what to do in Colorado Springs? OnColoradoSprings.com has columnists, and bloggers to keep you up to date on the best of Colorado Springs, Colorado.