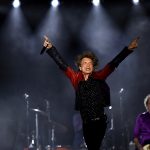 The Stones had an excellent performance in Denver on Saturday, playing at Mile High with the same gusto they mustered in 1965 as a much younger band the last time they played in Colorado. The band also visited some local Denver favorites, including Casa Bonita (which Mick Jagger claims gave the band food poisoning), Williams & Graham, a speakeasy in LoHi, and Lo Stella Ristorante, an Italian restaurant, where Mick Jagger gave the owner a guitar pick. Watch the band play “Like a Rolling Stone” in the fan video below.      Read More 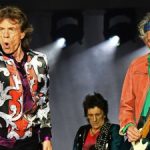 The Rolling Stones: 2019 No Filter tour is coming to Denver Saturday, August 10th at Broncos Stadium. Tickets start at $125 and go up to nearly $2,000 if you want to get up close and personal with the band. The band was originally scheduled to play in May, but had to postpone due to medical issues from Mick Jagger. Denver-based band Nathaniel Rateliff and The Night Sweats will be opening for the Rolling Stones. Front runner Mick Jagger seem to be ready for the tour, as seen by his Instagram post in May. View this post on Instagram A post shared by Mick Jagger... Read More