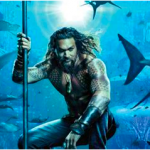 Poor Aquaman. Ask any kid, any comic aficionado, any pop culture enthusiast who their favorite superhero is. Batman will come up a lot, Spider-Man and Wolverine will certainly get mentioned, even Black Panther and The Flash will get some love*. But the King of Atlantis? Eh…not so much. Paul Norris and Mort Weisinger created the character for DC Comics way back in 1941, and he languished in obscurity until the era of Saturday morning cartoons in the 1960s. From that point on, Aquaman became a joke. You could tell people all day long that he was immensely powerful, due to an ability to withstand... Read More