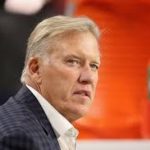 With two Super Bowl rings as a starting quarterback for the Denver Broncos and one more as a General Manager, it seems that no one has the desire or the cajones to fire John Elway. It’s understandable. The man is a walking legend, a Hall-of-Famer, the face of the franchise, and the greatest quarterback in Bronco history.  The Drive.  The helicopter. This one’s for John! But let’s be honest.  Since winning the Super Bowl in 2015, our legend has been less than legendary.  Since that time, Denver has gone 21-32 with no playoff appearances, is off to a 1-4 start this season, and as currently... Read More

Bronco Nation – Why So Negative? 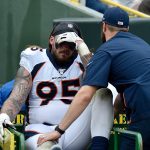 The frustration is mounting in Bronco Country as Denver is off to its worst start in twenty years. Last Sunday’s 27-16 loss to the Green Bay Packers has the team winless after three games and losers of seven-in-a-row if you go back to last season. Admittedly, the team was not prepared in week one against the Silver and Black. Week two was more of a fluke loss as the Chicago Bears needed a bad call from a referee, a fourth-down conversion, and a 53-yard field goal—all in the last 30 seconds of play—to pull out the victory.  As for Green Bay, Denver has never won at Lambeau Field. So, instead... Read More 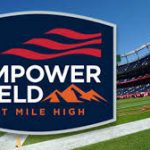 Just recently, the Denver Broncos announced the new name for their football stadium.  From here on out, the stadium which was once deemed Sports Authority Field by many, and Mile High by most, will now be called Empower Field at Mile High, after a Financial Services company from Greenwood Village wrote a big check for the naming rights. Naming Rights for a stadium in Colorado isn’t as easy as people think.  What comes to mind when you think of Colorado?  What players or ownership deserve recognition?  Who will pay big money?  And what do the fans really want? I came up with twenty suggestions... Read More