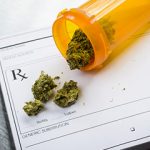 CU Boulder’s CHANGE Lab has been working over the past several years to finally observe the potential benefits and risks to marijuana consumption, something that has previously been studied very little. Kent Hutchison, a psychology professor and cannabis researcher in CU Boulder’s CHANGE Lab, became frustrated with how little was known about the effects of marijuana when his elderly mother attempted to use marijuana to ease her chronic pain and consistently was given conflicting advice depending on what dispensary she went to. The same thing also occurred when Hutchison’s wife tried to... Read More