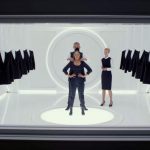 Let’s say you get the idea stuck in your craw that you wanted to write or direct a summer blockbuster. To do that, you’ll want to study the best of the best. What you don’t want is something stupid, cynical, or pandering. Look, I get it. For many of us, the summer movie season is a nightmare. We’re ritually bludgeoned with special effects, broad humor, and cloying animation. Ask the average filmgoer, and they might tell you that summer movies aren’t even intended to be good. They exist to move a franchise forward or sell toys. The average filmgoer might even think that an entertaining... Read More

When They Go Low, We Go High* 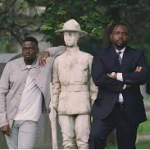 Movies are a drug for me, and there’s a certain type of movie that delivers a high that simply can’t be beaten. They don’t come around too often, but when they do, it’s like a blast of pleasure to the left and right hemispheres of my brain simultaneously. Take a moment and imagine there are really two kinds of movies. Low film and high film. Low films are, first and foremost, designed to entertain. That doesn’t mean they’re disreputable or of poor quality, though they can be. Transformers and Suicide Squad are low films that are also eau de garbage. Raiders of the Lost Ark and The Avengers... Read More