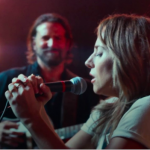 One of the old Hollywood legends is about the genesis of 1937’s A Star Is Born. Allegedly, it was not-so-secretly about the relationship between Barbara Stanwyck and Frank Fay. While Fay was a success on Broadway, his film career fizzled. Stanwyck became a massive film star, and Fay worked out his resentment of her through alcoholism and physical abuse. For a while, that was the template for these remakes, that of the meteoric rise of the ingènue and the corresponding fall of the has-been. That tells us that, at the end of the day, there aren’t that many stories. In Christopher Booker’s... Read More