Hand Me My Orange Colored Glasses 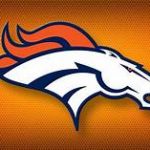 Doubters may look at Denver’s 45-10 victory over the Arizona Cardinals as a needed win over an awful team.  Rookie QB Josh Rosen threw two interceptions that went for scores, the Cardinals had five turnovers, and Arizona dropped to 1-6 in the standings. Sure, the Broncos three wins have come against teams that have a combined 5-14 record, but after a season full of frustration, here are six reasons to look at Denver’s first road win of the season with orange colored glasses. Von Miller – With just 1.5 sacks during Denver’s four-game losing streak, Miller called out Arizona and his own... Read More