Story of the Week – An Avalanche of Ideas 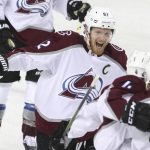 The story became obvious as I sat down to write.  The Colorado Avalanche would eliminate the top-seeded Calgary flames in five games, and my fingers began to type.  Thoughts of Mikko Rantanen, Nathan MacKinnon, and Philipp Grubauer raced through my head.  Memories past were of Stanley Cups, Joe Sakic, Peter Forsberg, and Ray Bourque.  I would be sure to throw in Patrick Roy’s legendary playoff quote once said in response to an opponent’s trash talk. “I didn’t hear him because my two Stanley Cup rings were stuffed in my ears.” It was undoubtedly the story, the headline, the news of... Read More 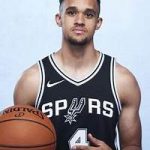 On the surface, the story of Derrick White is hardly worthy of an ESPN 30 for 30.  A former Colorado Buffalo hoopster gets drafted with the 29th pick in the first round by San Antonio, plays his first year in the G-League trying to improve his game, and twelve months later he’s averaging 25 minutes and 9 points a game for the Spurs and Greg Popovich. Nice, but we’ve heard that story before. But what if I told you that there’s a little more to White’s improbable journey from a kid out of Parker, Colorado, to a spot on an NBA roster? Derrick White entered Legend High School (Parker, CO)... Read More