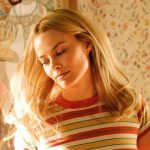 When Quentin Tarantino’s debut feature Reservoir Dogs was released in 1992, the American film industry was in crisis. Cracks were appearing in the star system. Mainstream films were flopping at the box office. Audiences wanted something, anything new, and Hollywood didn’t know what to give them. For a moment, there was a window for Tarantino to pass through. Along with independent filmmakers like Steven Soderbergh, Paul Thomas Anderson and others, he irrevocably changed movies and culture. But 1992 was a long time ago. Sure, Tarantino was a big swinging dick—still is to a degree. He’s one... Read More