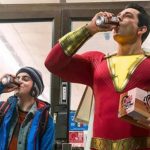 Director Zack Snyder has thoughts. During a charity event screening of his films Dawn of the Dead, Watchmen, and Batman v. Superman: Dawn of Justice, he was asked about the depiction of Batman. Specifically, the depiction that the Caped Crusader was awfully, well…homicidal. During the film, Ben Affleck’s Dark Knight straight-up mows down crooks with cunningly hidden machine guns in the Batmobile and decimates goons in a brutal warehouse battle. It’s all a bit much. Snyder responded with the immortal quote, “Someone says to me: Batman killed a guy. I’m like, ‘F**k, really? Wake the... Read More