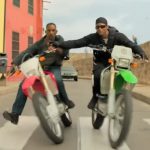 Some movies only require a script, actors, and a camera. A good and tragically underseen example of this is 2018’s The Standoff at Sparrow Creek, a thriller following an ex-cop investigating a police funeral and his suspicion that the shooter belongs to the same militia he does. It’s a great film that had an estimated budget of $450,000. Costs were kept low by keeping the locations modest. It also helped that the vast majority of scenes were essentially guys talking to each other in rooms. It’s a great film due to smart writing, efficient direction, and strong acting. Does the fact that it... Read More