The smell of his leather seats lingers in my nostrils, a scent more intoxicating than the taste of the second round of Tito’s and soda that he’d slid to me across the marble countertop just an hour before. My hands are jammed 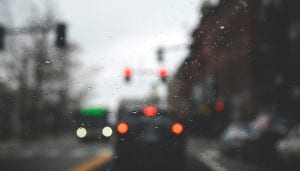 underneath my thighs while my wavy hair slides haphazardly across my cheeks. His face is glowing in the redness of the stoplight; words are patiently waiting to escape his lips. And, I want to freeze here, in the magic and the madness, before those syllables roll off of his tongue.

My sister loves you. My roommate loves you. And, they don’t understand why I can’t tell you that I love you.

A string of complex compliments. Truth. All the words a girl wants to hear juxtaposed to those that stir the deepest confusion inside of her soul. He’s not done. These sentences are the preface to a more vulnerable state of being, both for him and for us. Because, I’m fully aware that a “but” is coming.

But, you’ve been married before. How do you know the next one is the right one?

The light turns green. And, we are moving. And, I can no longer see his face as we cruise down a side road without street lights. It is black, and my seat belt is suffocating me. My fingertips are digging into my hamstrings, and I am consciously commanding my shoulders to soften. My spirit sighs, and I am filling my lungs with deep inhales of that new car smell.

The question is fair. The issue here is not the question. It is in the loss of that moment, the second in which the silent space between us is broken. The discomfort is a byproduct of the pursuit of honesty, the conquest towards indefinite truth enveloping two humans with infinite imperfections.

So, my mind is racing with all of the reasons that I have spent the last years exploring to combat this question, the laundry list of thoughts I have itemized into the morrow of my bones. Because this is not a new question. No. I have been looking into the mirror for nearly half a decade, allowing this singular inquiry to rest unevenly behind the whiteness of my eyes.

Because, the question. This question. It is the reason that I stayed. Too long. Inside a word. Not a feeling. Not the reciprocation of an intimate life promise. A word. With an arbitrary definition. I stayed inside of a word. Marriage.

My underwhelming self-worth paralyzed me from finding the freedom to, at the very least, create an opportunity to articulate the answers to this question. My uninspiring lack of confidence begged me to remain in a relationship that was, quite literally, eating away at the depths of my soul. My emotional immaturity whispered in my ear that I was weak; and, it convinced me that my future relationships would be weaker, that no one would accept even the most introspective thoughts from the divorced girl’s lips.

And that is where I lived. Psychologically. In these lackluster states of being. When presented with the choices of fighting or flying, I sat down. Okay, rescind, I fought, for nearly a year, and then, then I sat down. Because, fighting was exhausting and counterproductive. And, flying, flying would be failure. It would be complete demoralization. Flying would require an explanation; sitting down demanded only silence. And, my 20-something self had not yet found my voice. My 20-something self did not know who I was in order to place an objective value on other people’s perceptions of my actions. My 20-something self still believed that other people’s perceptions of my actions (or anything, for that matter) were worthy of any amount of care in this world.

Physically, I sat on my metaphorical hamster wheel (as it continued to spiral unequivocally out of control). I remember the mornings when I would beg my legs to extend out from underneath the sheets. I’d cringe as my arches would make contact with the carpet, and I’d glance over at my hungover husband, his urine still splattered on the baseboard in the corner of our bedroom from drunken sleepwalking the night before. And, I’d run. For as far and as long as my broken body would carry me. I lost myself in exercise so I could train my skeleton to feel the things that I worked to numb from the recesses of my mind. And, I’d pretend that I was flying. For a second, I’d believe that I had the answers to the question, this question, so I wouldn’t have to boomerang myself back to a home that reeked of fear and loathing and bourbon.

I chose life, and in that choice, I learned that this question could simultaneously be both my darkest space and my brightest triumph. So, I respect the question. I embrace its need. I can look this question in the face and say that I know the answer. I also believe that the next man who loves me can openly ask it, but that his love for me will not be dependent on a justification of that response in order to still choose a life with me. The question is merely a means to a deeper conversation – a more complex understanding of one another, a respectful softening to each other’s insecurities, a nod to the mutual respect for one another’s life experiences – not something that will warrant a regression of the relationship.

And, just like that, I am back in his Tahoe. And, Kane Brown is playing. The street is still dark, but my eyes have managed to find his side profile against the backdrop of midnight. His hands are holding the steering wheel with an easy underhand grip that is undeniably sexy, and the seatbelt is no longer suffocating me. My fingers have relaxed. My shoulders have found their softness. Because, now, now I am a soldier armed with years of self-exploration.

So, you ask, how do I know that the next one is the right one? 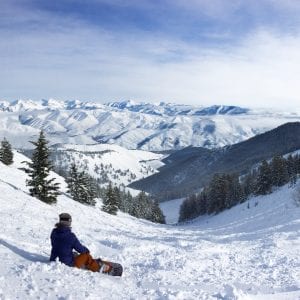 The answer. I don’t know. I cannot claim to know someone better than he knows himself. I cannot naively surrender to the idea that any man will remain the same over the course of his lifetime. The only thing I know is myself. And, therein lies the difference. I know myself so deep that the longest strings of silence, the loneliest roads, and the darkest spaces in this world do not scare me. They no longer expose parts of me to myself that I didn’t yet know existed. I know what words bleed into the silence. I know what is on the peripheral of those roads. I know what hides inside of the darkness.

Because I chose myself. Against my desire to protect my reputation. Against my fear of having to face this damn question. I crawled my way into bravery, not because I am a martyr, but because I wanted that word “human” to mean something. I willed myself a strength to metaphorically and literally explore the silence and the roads and the darkness. I opened myself up to uncomfortable. I sharpened my self-confidence because I knew, and I know, that the next person who chooses me will be committed to that same sharpening.

When I was in my early twenties, I believed that fighting was a natural byproduct to love. All of my available data supported such logic. And, I accepted that marriage was a contract to eternal bickering. Nearly everything conditions us to believe this declaration. In my search for self, I came to a stark realization that I, in fact, do not believe these statements to be true.

I spent too many years fighting. Too much time wasted. And, I’ve hypothesized that if I have to raise my voice to make my point, then I am relying on my noise, which means that I don’t trust my words at their face value or I do not trust the recipient of those words to respectfully hear them.

But, what I have learned, really learned, in the last decade is that wants cannot be willed from one person to another. Anything forced adopts, at the very least, a thin film of insecurity that can be easily hidden but never ignored.

He is the right one because I don’t have the time or the energy or the desire to pursue any one who is not. So, ask me again, and these are all the things I will tell you.

Stephanie Kemp
Stephanie is a road warrior, adventure seeker, and brand builder. She grew up in the mountains of Colorado and after spending nearly a decade between the PNW and the east coast, she’s proud to once again be calling Colorado home. Well, home for now. Stephanie recently bought an Airstream with the intention of living a more minimalistic and nomadic lifestyle. After logging over 20k miles in her car last year, chasing rock faces in the summer and powder days in the winter, she realized that life could be a hell of a lot simpler if she could carry her house with her on these adventures. In 2017, she started her own marketing agency, Sleigh Creative, to take control of her freedom. As a freelance creative director and brand strategist, she spends a lot of days playing and even more nights working. In all things, be it work or play, she seeks to inspire people to the life of never settling. You can follow along with her journey on Instagram, @by.stephanieleigh, and through her self-titled personal blog.
Tagged: commitmentdatinghe is the onehow I knowmarriagerelationshipssettlingsilver liningthe right one
OnColoradoSprings.com is a locally-owned and operated directory and information guide for Colorado Springs Colorado
Discover the best of Colorado Springs shopping, restaurants, night life, breweries, events, business, outdoors, fun, local life, real estate, transportation, jobs, and schools.
Looking for what to do in Colorado Springs? OnColoradoSprings.com has columnists, and bloggers to keep you up to date on the best of Colorado Springs, Colorado.