Nolan Arenado – How Does Five Years And $200 Million Sound? 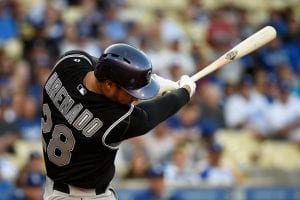 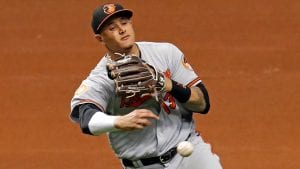 When the San Diego Padres signed Manny Machado to a 10-year/$300 million contract last week, Joel Wolfe, the agent of Colorado Rockies third baseman Nolan Arenado, must have been smiling.  The contract was the most lucrative in major league baseball history as the Padres set the price it takes to secure a young, talented, gold-gloved superstar.

The only problem is that Colorado has one that is even better.  And now it’s time to pay. 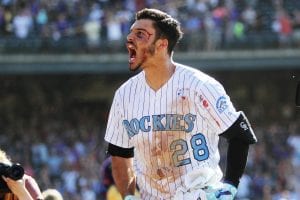 In the last four years, Nolan Arenado has averaged 40 HRs, 40 2Bs, 125 RBIs, grabbed 4 gold gloves (6 total), and played in 4 all-star games, all while leading the Rockies to back-to-back playoff appearances.  Arenado is 27 years old; he’s the face, the future, and unquestionably one of the top five position players in the game. Arenado is also a free agent following the 2019 season if the Rockies don’t open up their checkbooks.

The simple answer is to offer Arenado 10 years and $350 million or so, hope for the best, and try to build a championship team if there’s any money left for the others.  The second option is to trade Arenado now, freeing up valuable salary space, and picking up young talent for the future. But I have a third option that I think could work.  Five years and $200 million.

Why would Arenado accept the offer? 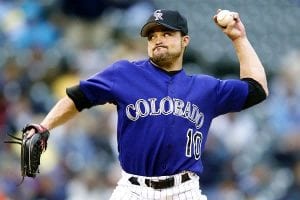 How would the Rockies benefit from the offer?

Inevitably, Arenado may want to play in New York or LA, Joel Wolfe may want a 10-year contract for security, details such as luxury taxes, no-trade clauses, and player/team options could mess with negotiations.  But this plan is solid. Just don’t raise beer prices.

Alan Tapley
Alan Tapley is an educator, author, and blogger who has lived just outside of Boulder for the last twenty years.  His published work includes two novels, two children’s books, a series of cartoons in the Minneapolis Star-Tribune, and multiple sports related articles. His love for family and the state of Colorado is only matched by one thing, his passion for sports.  The first baseball game he ever attended was at Wrigley Field, before there were lights.  At the final Bronco game at the old Mile High, he allegedly cut out a piece of his seat in the South stands.  But regardless of being here for the Avalanche’s last Stanley Cup, the Rockies only World Series appearance, and all the Broncos’ Super Bowl Victories, his wife never fails to remind him that he wasn’t at the University of Colorado in 1990, like she was.  The year the Buffs football team won the National Championship
Tagged: Alex RodriguezCharlie BlackmonColorado RockiesCoors FieldGeorge BrettJoel WolfeManny MachadoMike HamptonMLBNolan Arenado
OnColoradoSprings.com is a locally-owned and operated directory and information guide for Colorado Springs Colorado
Discover the best of Colorado Springs shopping, restaurants, night life, breweries, events, business, outdoors, fun, local life, real estate, transportation, jobs, and schools.
Looking for what to do in Colorado Springs? OnColoradoSprings.com has columnists, and bloggers to keep you up to date on the best of Colorado Springs, Colorado.