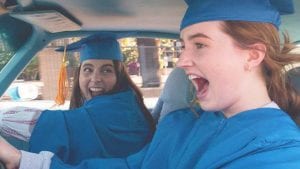 In our own ways, we all have power. From petitions, to marches, to your own creativity, everyone has the power to push the needle in a positive direction. Film has a power that’s mighty, and one of my favorite things is championing a film, getting absolutely blissed-out, and transforming into a cinematic evangelist. The right film can open eyes, change a life, and make the unbearable a little easier to bear. But what if you had the power to prevent a great film from becoming a train wreck?

Office Space and Clue are some of the most beloved comedies ever made. They were also disasters at the box office. One of the most frustrating aspects of this job is witnessing a slow-motion cinematic train wreck, particularly when it’s undeserved. If you see enough movies and think about them, after a while you start to develop a sense of when and why certain films tank. Let’s bear in mind that train wrecks come in all shapes and sizes.

Sometimes the problem is with the material itself. Green Lantern is a movie about a cosmic superhero that does everything it possibly can to not be cosmic. A notorious failure, the film had a $200 million budget, only made $219 million worldwide and nearly destroyed the career of Ryan Reynolds.

Sometimes the concept is great, but the execution doesn’t work. Consider the idea of a bubbly high school girl who is destined to be a vampire hunter. Joss Whedon ran with that concept and wrote a script about it. Unfortunately, director Fran Rubel Kuzui didn’t appear to get it, and 1992’s Buffy the Vampire Slayer failed theatrically. Whedon would have to take the idea to television in order to help it bloom.

The worst kind of train wreck is when a movie has a strong concept, solid execution, and it still crashes and burns upon release. It’s a genuinely tragic situation when the talent and passion of a group of filmmakers is met with a collective “meh.” I’m very worried that’s exactly what’s going to happen with the new comedy Booksmart, and it deserves so much better. 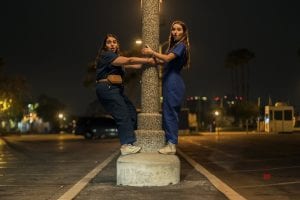 Molly (Beanie Feldstein) and Amy (Kaitlyn Dever) are high school seniors who seem to be on the fast track to success. They have been best friends since forever, studied hard, and strategically participated in every elective possible. What’s that relentless focus gotten them? On the one hand, Molly is class valedictorian, and she’s heading to Yale in the fall and the beginning of a glittering career. Amy has plans to help underprivileged women in Botswana. The odds are pretty good that these two are going to make a mark in the world.

On the other hand? Their focus comes with a cost. Molly’s peers view her as a pretentious scold, and Amy’s peers generally don’t know she’s even there. That’s okay by Amy…mostly. One of her classmates is a girl named Ryan (Victoria Ruesga), and Amy nurses a pretty serious crush. Amy’s been out for a few years, but maybe Ryan could be her first love?

It’s the day before their graduation, and the plan is for Molly and Amy to share a celebratory cake, watch some Ken Burns documentaries, and prepare for the rest of their lives. That was the plan until Molly comes to a shattering realization. While her hyper-focus has gotten her into Yale, her less studious peers are still heading for great schools and amazing careers, while still partying up a storm.

Needless to say, Molly is pissed. Now, she’s determined to have one night of hedonism, and she sees her chance. Nick (Mason Gooding) is one of the popular kids, and he’s throwing a massive party on Graduation Eve. All Molly and Amy need to do now is find out where the party is. That’s not going to be easy.

What we have here is a coming-of-age comedy made with intelligence, style, and a relentless sense of humor. What we also have here is what could be viewed as a niche film scheduled to go up against box office juggernauts like Aladdin and John Wick: Chapter 3. Is it any wonder that Booksmart came in sixth place last weekend with a disappointing $6.9 million profit? The accepted wisdom, if you can call it that, is that Booksmart is a failure. 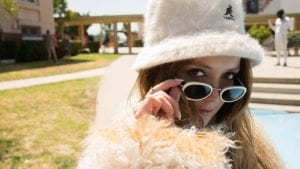 From a directing standpoint, that couldn’t be further from the truth. This is director Olivia Wilde’s first feature film. Do a little research, and you’ll see that she’s been a working actor for several years. She’s also produced a number of documentaries, directed a couple of music videos, and worked on both big studio movies and small independent films. All that experience gave her the training she needed to make a hilarious and smart film with a distinctive voice. From snide quips to the almost Bugs Bunny antics of rich girl Gigi (Billie Lourd), Wilde’s sense of humor is on full display. Plus, in a world where studio comedies are often shot in the dullest way possible, Wilde’s film is colorfully lit and imaginatively shot. A house party feels unexpectedly and appropriately dreamy, and a drug trip features absolutely bananas energy. This is the best-looking comedy I’ve seen since Game Night. 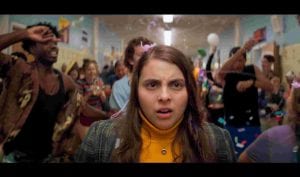 The strong script and assured direction are what allows the cast to shine. Beanie Feldstein’s Molly is the showier role, and Feldstein absolutely goes for it. She’s got some serious comic skills, and she puts it to impressive use playing a simultaneously laser-focused and misguided young woman. Kaitlyn Dever’s Amy is the quieter half, yet she makes a meal out of her unrequited crush and quiet mortification toward her best friend’s steamroller attitude. Feldstein and Dever have an outstanding comedic partnership, and they play off each other beautifully.

They say that, in Hollywood, nobody knows anything. Odds are Annapurna Pictures were hoping for something along the lines of My Big Fat Greek Wedding, a smaller-budgeted film that survived on positive word-of-mouth and was in theaters for a year. Maybe Booksmart got off to a slow start due to a poorly timed release schedule. Maybe it was unrealistic to assume it would be a $100 million hit.

While I don’t pretend to have any kind of real influence, what I do know is that I screwed up and should have reviewed this film last week instead of the not-so-awesome Brightburn. There’s still time, though. You might be tempted to wait for Netflix on this one. I’m asking you — don’t let this film become a train wreck. Go see Booksmart immediately, if not sooner. I think you’ll love it.

Tim Brennan
Tim has been alarmingly enthusiastic about movies ever since childhood. He grew up in Boulder and, foolishly, left Colorado to study Communications in Washington State. Making matters worse, he moved to Connecticut after meeting his too-good-for-him wife. Drawn by the Rockies and a mild climate, he triumphantly returned and settled down back in Boulder County. He's written numerous screenplays, loves hiking, and embarrassed himself in front of Samuel L. Jackson. True story.
Tagged: beanie feldsteinbillie lourdbooksmartjason sudeikisjessica williamskaitlyn deverkatie silbermanmason goodingolivia wildevictoria ruesga
OnColoradoSprings.com is a locally-owned and operated directory and information guide for Colorado Springs Colorado
Discover the best of Colorado Springs shopping, restaurants, night life, breweries, events, business, outdoors, fun, local life, real estate, transportation, jobs, and schools.
Looking for what to do in Colorado Springs? OnColoradoSprings.com has columnists, and bloggers to keep you up to date on the best of Colorado Springs, Colorado.