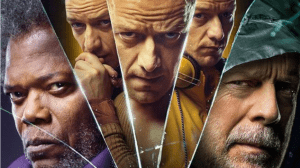 Movies aren’t for everyone, though people think they are. A bunch of years ago, my wife and I caught the very good film Adaptation in the theaters. If it’s been a minute since you’ve seen or thought about it, Adaptation is about a lonely screenwriter struggling to adapt a book about an orchid thief. It’s got strong performances by Nicolas Cage and Meryl Streep, and a great deal to say about the creative process.

Joining us in our cinematic excursion was an Unnamed Member Of Our Extended Family. He’s a great guy, but the film tastes of the aforementioned UMOOEF, as he will be known going forward, were strictly meat and potatoes. He liked his action action-y. He liked his comedies broad. By no means is he a stupid man. He just has a busy life and views movies as a way to relax.

Guys, UMOOEF hated Adaptation. Snide comments were immediately thrown out, with “there’s two hours I’ll never get back!” chief among them. He was actively angry with the movie. It wouldn’t let him turn off his brain. You will not be surprised to learn that he didn’t go to movies with us much after that.

That’s where things can get tricky for filmgoers. What happens if you’ve been trained to expect movies to be entertaining, but a film comes along that’s totally uninterested in entertaining you? Glass, the newest film from M. Night Shyamalan, is almost an anti-blockbuster, and I admire its commitment to not giving a good goddamn what you think of it.

Before we get into Glass, we need to (briefly) talk about Unbreakable and Split. Apologies, but this is the part where I spoil a 19-year-old movie and a three-year-old movie. Released in 2000, Unbreakable concerned itself with the adventures of David Dunn (Bruce Willis), an ordinary schlub who was the only survivor of a deadly train crash. He learns he has slightly superhuman strength and durability, mostly due to the prodding of Elijah Price (Samuel L. Jackson), a brilliant comic book expert with brittle bones and an even more brittle attitude. Ultimately, David learns that Elijah, now calling himself Mr. Glass, has committed numerous acts of terrorism to attempt to draw out his physical opposite. In 2016’s Split, high school student Casey (Anya Taylor-Joy) is kidnapped by Kevin Wendell Crumb (James McAvoy), a man suffering from disassociative identity disorder. He has over 20 personalities, one of them being The Beast, an apex predator with the ability to bend iron bars and wall crawl. 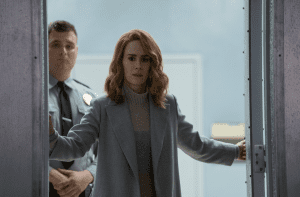 All caught up? Glass begins a few weeks after the events of Split, and along with his grown son Joseph (Spencer Treat Clark), David has opened a home security company. On the side, he’s also known as The Overseer, a shadowy vigilante who beats the dickens out of petty criminals. His goal is to track down Crumb, who calls himself The Horde and has an unsavory habit of kidnapping and eating cheerleaders.

Thrilling fisticuffs ensue when David rescues the cheerleaders and does battle with Crumb. Things go south for them very quickly when they’re captured by a tactical team and unceremoniously tossed into Ravenhill Psychiatric Hospital. Guess who else is a guest there? Yep, our old pal Elijah! For 19 years, he’s been chillin’ like a villain — literally, and he spends his days heavily sedated.

It turns out this has all been orchestrated by Dr. Ellie Staple (Sarah Paulson), a specialist in treating people who suffer from the delusion that they are superhuman. She tells them she has three days* to cure them. Then we move into the third act, and…well, yeah. It’s this point where the film doesn’t just go off the rails, but it flies off a bridge, crashes into a ravine, and bursts into a massive fireball.

I apologize for being so unhelpful, but I genuinely don’t know if Glass is a good film or not. You might do well to keep something in mind going into this movie. When M. Night Shyamalan made Unbreakable 19 years ago, superhero movies weren’t a thing, and a grounded film about powered people was significantly ahead of the curve. However, primarily due to Marvel studios, superhero movies have become omnipresent, and we’re trained to expect nonstop thrills, special effects, massive set pieces, and quips.

Shyamalan understands your expectations and has zero interest in catering to any of them. While the first act of Glass feels propulsive and exciting, Shyamalan stomps on the brakes once we get to Ravenhill. During the second act, we have a series of hushed conversations, therapy sessions dealing with trauma and superhero tropes, and Samuel L. Jackson staring into the middle distance and twitching. Then the third act happens and holy hell do things get foo-foo nutty! Instead of the standard final twist you expect from Shyamalan’s films, we’re positively assaulted with twists. By my count, we get a good five twists that force us to re-re-re-re-recontextualize everything we’ve just seen.

If I’m being honest, I can’t say the film is poorly directed. Shyamalan is canny in his use of color. David protects life, and his scenes have a distinct green tint. Yellow is associated with religion, and we see The Horde commonly experiencing a messianic fervor. Elijah elevates himself above the ignorant masses, and we see shades of royal purple around him. The group therapy sessions are a soothing pink. Contrast that with the rest of the scenes at Ravenhill that feel lifeless and missing that same attention to detail. Plus, the propulsive energy in the first act vanishes in the second and fitfully comes and goes during the climax.

Shyamalan, as usual, wrote the script. You and I both know that his dialogue is…well, let’s go ahead and call it “stiff.” That’s fine, but we’re also bombarded with characters constantly pointing out comic book tropes, even while they’re taking place. He’s made an ambitious film, and if you squint you can see what it could have been. Too often the ambition is blocked by some goofy-ass narrative decisions. For example, we’re led to believe that a certain thing is going to happen due to Elijah’s nefarious plan. It doesn’t happen at all, and while I have big respect in Shyamalan’s disinterest in catering to the audience, too often it feels like he’s reversing tropes because he can, not because it serves the story.

The cast is exactly as you’d expect. The highlight is James McAvoy, giving a masterclass in portraying close to two dozen separate characters. As Elijah, Jackson does good work as the villain of the piece, and he’s particularly effective in his still, quiet moments. The last time Bruce Willis gave an energetic and nuanced performance was way back in 2012 with Looper. Here, he’s pretty good revisiting the taciturn and innately decent David, but he vanishes for long stretches of time. It’s an improvement over the direct-to-video nonsense he’s been doing lately.

Like I said earlier, I’m not sure if Glass is a good film. My instinct tells me it needs more viewings and more time to put it in context with Unbreakable and Split. I didn’t dislike it, and I admire its commitment to firmly being itself. A small group of people will love the prickly charms of this film. I’ll tell you this much — if UMOOEF sees it? He’s going to be pissed.

*I’m not that smart, and even I know that mental health treatments don’t work that way. Consider my disbelief to be highly suspended.

Tim Brennan
Tim has been alarmingly enthusiastic about movies ever since childhood. He grew up in Boulder and, foolishly, left Colorado to study Communications in Washington State. Making matters worse, he moved to Connecticut after meeting his too-good-for-him wife. Drawn by the Rockies and a mild climate, he triumphantly returned and settled down back in Boulder County. He's written numerous screenplays, loves hiking, and embarrassed himself in front of Samuel L. Jackson. True story.
Tagged: anya taylor-joybruce willischarlayne woodardglassjames macavoym night shyamalansamuel l jacksonsarah paulsonspencer treat clark
OnColoradoSprings.com is a locally-owned and operated directory and information guide for Colorado Springs Colorado
Discover the best of Colorado Springs shopping, restaurants, night life, breweries, events, business, outdoors, fun, local life, real estate, transportation, jobs, and schools.
Looking for what to do in Colorado Springs? OnColoradoSprings.com has columnists, and bloggers to keep you up to date on the best of Colorado Springs, Colorado.