I’ve mentioned to you guys before that my wife is not the world’s biggest fan of going to the movies. As a semi-professional introvert, the notion of being crammed into a theater with loud talkers, loud eaters, and dipsticks checking their smartphones every three minutes does not appeal to her. Weird, huh?

Along with all of that, she feels a high degree of scorn toward a certain type of film — dramas that are “Inspired By A True Story.” When she sees that phrase in a trailer, she just can’t help herself and she’ll snort disdainfully. Why that particular phrase? It implies that the filmmakers took the bare bones of an actual event, and then ladled thick and creamy fiction on top of it, and claimed it was still the true event.

Let me offer a couple of examples. The film Invictus is about a mixed-race rugby team in South Africa that overcame racism. The real team? Titanically racist. William Wallace in Braveheart is portrayed as a salt of the earth commoner, and the real Wallace was a knight from a noble family whose father fought on the side of the English. The movie Good Morning Vietnam features Robin Williams as a zany, anti-war DJ. The real Adrian Cronauer said behavior like that would have gotten him court-martialed. We could go on.

If you’re going to make a movie that’s based on actual events, nobody expects you to have 100% fidelity to historical accuracy. But you do have to be accurate enough. You can’t spin a fairy tale and claim fidelity to the truth. It needs to feel real, and if the people who were involved in the events don’t recognize the essential truth of it, you have a problem. 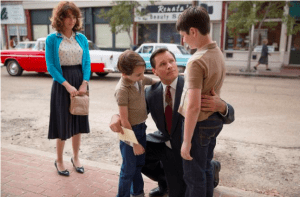 That brings us to Peter Farrelly’s Green Book.

It’s 1962, and we’re introduced to Tony Vallelonga (Viggo Mortensen), otherwise known as Tony Lip. He’s a bouncer at the Copacabana, and he’s lived in the same Bronx neighborhood his entire life. You know those folks who are a little too loud, a little too brash, and perhaps a touch racist? Tony is one of those guys.

He tries to be a good person, though, and an early scene proves that. Money is tight for the Vallelonga family, and one of the neighborhood Mob guys offers Tony a little work. He refuses and pawns his watch instead. Still, he needs money, and luckily a unique job opportunity falls into his lap.

Has Tony ever heard of the famed Don Shirley (Mahershala Ali)? He has not. Shirley is a wildly accomplished musician, a man of piercing intellect and refined tastes. He’s also black, and he’s going on an eight-week concert tour, with considerable time spent in the Deep South. His record company needs someone to drive Shirley, get him to gigs on time, and handle any unpleasantness. Turns out Tony Lip is the right man for the job. 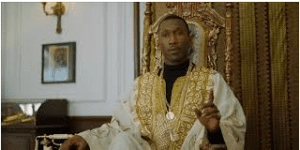 So off they go, and I’m sure you can imagine the hijinks they get up to. Tony is earthy, plainspoken, a proud motormouth. Don is erudite, remote, persnickety. As they drive throughout the South, a friendship grows between them, and a pleasant movie chugs along, content to be pleasant.

At the theater where I saw Green Book, my audience was mostly, if not entirely white. They just loved it. There was laughter, smiles, and warm feelings.* Understandable, because we have a film about a casual white racist and a cultured black man becoming friends. Friendship is the antidote to rampaging bigotry, and so we have a feel-good movie about overcoming racism. Is that a good thing, though? Particularly now, when we see a dramatic rise in hate crimes and a President who’s created the conditions to allow bigots to operate with impunity? 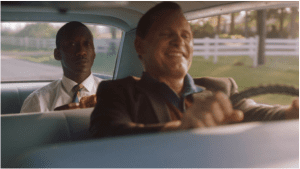 On the flip side, should all movies about racism be either grim slogs or howls of rage? I don’t know. Probably not, but director Peter Farrelly has made a film that feels like a perfectly sanded piece of wood. It moves along quickly, there are lots of jokes, and we have two excellent performances by two of America’s most talented actors. There are moments of ugly racism, but it never gets too ugly. There are moments of isolation, anger, depression. The film only dwells on it for a moment, then it skips along to something more positive. This isn’t a bad movie. It’s a nice movie, but I’m struggling with whether or not it’s a good movie.

The irony is that Peter Farrelly is primarily known as a comedy director. Along with his brother Bobby, he’s directed films like There’s Something About Mary and Dumb and Dumber. In 1996, the Farrelly Brothers made the very good bowling comedy Kingpin. Large portions of that film concern a couple of mismatched people on a road trip. I find it interesting that the movie about a dirtbag with a wooden hand and a knuckleheaded Amish dude has more emotional honesty and conflict than a movie that feels a hell of a lot like Oscar bait.

I don’t know if you knew what a staggeringly fascinating guy Don Shirley was. He began learning the piano at age two. While in Chicago, he performed psychological experiments to examine the relationship between music and juvenile crime. He wrote a one-act opera. I learned exactly none of that by watching Green Book. The screenplay by Farrelly, Brian Hayes Currie, and Nick Vallelonga** is firmly from the point of view of Tony Lip. He’s the audience surrogate, and everything we learn is filtered through the prism of his experiences. Instead of learning more about the life of the remarkable Shirley, we get scenes where Don helps Tony write love letters to his wife. Again, it’s nice and all, but reports*** tell us that the screenwriters never reached out to the Shirley family. We have a film that firmly portrays Tony’s point of view, and we only scratch the surface of the remarkable Dr. Shirley. 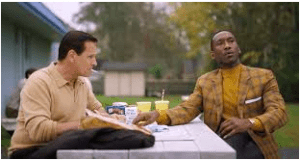 Based on what you’ve read so far, you probably think I despised this film. Not so, and it’s entirely due to the outstanding performances by Mahershala Ali and Viggo Mortensen. As Don Shirley, Ali is elegance personified, a man who seems to effortlessly glide into rooms. From time to time, he allows a wounded vulnerability to peek out. There’s an anger that a man of his refinement has to constantly deal with a bunch of racists, and an anger that he’s neither black enough nor white enough to fit in anywhere. Mortensen’s Tony Lip is a lovable lug, a guy who seems to smoke thousands of cigarettes and eat folded-up pizzas in one sitting. But Tony isn’t dumb by any stretch. He‘s a man who’s sheltered by living in the same New York neighborhood all his life. When he sees the rest of the country and bumps up against Shirley, a man the likes of which he’s never met, we see Tony’s attitudes slowly changing.

Lots of people are going to thoroughly enjoy Green Book. It’s not particularly challenging, but never condescending, and it paints its world in broad strokes of good and evil. The film seems to want you to think that if Tony Lip can change, then anybody can. Maybe that’s true, but when we live in a reality of pervasive white privilege, perhaps our entertainment should be more challenging than Race Relations 101.

*Including a guy who was compelled to loudly comment to his wife about the goings-on, such as, “Wow, Don sure likes whiskey!” and “Tony is getting fried chicken grease on the steering wheel!” I wish that guy became Trump’s press secretary.

**The son of the real Tony Lip.

***You can read more about that here.

Tim Brennan
Tim has been alarmingly enthusiastic about movies ever since childhood. He grew up in Boulder and, foolishly, left Colorado to study Communications in Washington State. Making matters worse, he moved to Connecticut after meeting his too-good-for-him wife. Drawn by the Rockies and a mild climate, he triumphantly returned and settled down back in Boulder County. He's written numerous screenplays, loves hiking, and embarrassed himself in front of Samuel L. Jackson. True story.
Tagged: brian hayes curriegreen booklinda cardellinimahershala alinick vallelongapeter farrellyviggo mortensen
OnColoradoSprings.com is a locally-owned and operated directory and information guide for Colorado Springs Colorado
Discover the best of Colorado Springs shopping, restaurants, night life, breweries, events, business, outdoors, fun, local life, real estate, transportation, jobs, and schools.
Looking for what to do in Colorado Springs? OnColoradoSprings.com has columnists, and bloggers to keep you up to date on the best of Colorado Springs, Colorado.