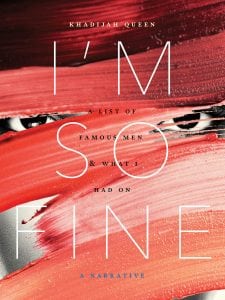 When I looked to a few people for recommendations for poet interviews, 100% of those I consulted recommended I get in touch with Khadijah Queen. I now understand why; aside from a stream of impressive credentials, her most recent work I’m So Fine: A List of Famous Men & What I Had On, is a feminist force simultaneously advocating as she narrates a series of autobiographical experiences with celebrity figures who exhibit toxic masculinity. These pages provide a crucial, unblinking look at how patriarchy affects society on a person-to-person level. Khadijah Queen kindly shared a few thoughts on her most recent work in a recent e-interview:

Your sense of narrative ownership exhibits an essential, yet severely lacking willingness in our culture to bring such issues of courtship conduct and consent to light. How do you feel reader reception of your work has reflected on the contemporary context of these ongoing issues? 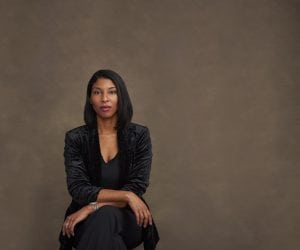 Readers seem to have connected more to the way the book demonstrates a sense of empowerment, self-knowledge and self-acceptance for the narrator. I suppose in terms of courtship conduct and consent, clarity and agency have been foregrounded, whether the narrator escapes problematic or precarious situations or not.

Finding the form was the most difficult, and that took the most time. They started as a list, then lineated poems, both with punctuation. But then I started to read them publicly and found a breathless, speedy reading voice that matched matched teenaged me. It made sense to remove the punctuation and use prose blocks to align the form with the 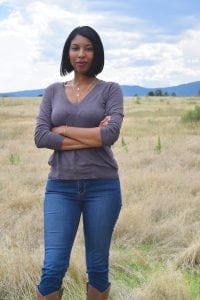 voice and content. The content came most naturally; it was actually a lot of fun to write, the most fun I’ve had writing a book yet.

Though your narrative addresses a series of celebrity encounters, its feminist ideas are without doubt universally applicable. The celebrity status of these men seems to have exacerbated their ideas of entitlement and eliminated those of consent. What other factors do you believe contribute to this masculine toxicity?

Toxic masculinity is embedded at the core of most religions, government structures and cultural practices, and accepted as the reality that we all must deal with. However, there are other options, and I think imagining those options is the work of the present and future. The book just begins, through story, to name the issue, and then to question its continued acceptance.

I’m curious: the majority of celebrities in your work are named. Have there been any conversations with these famous figures following the book’s release? Perhaps an apology? Angry backlash?

None whatsoever. I don’t think too many of them read contemporary poetry 🙂

Enjoy an Except from I’m So Fine: A List of Famous Men and What I Had On

I met Marcus Chong on the 105 bus method acting 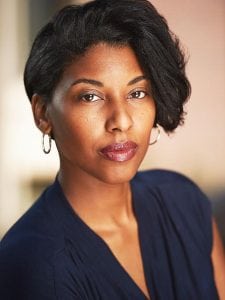 Bianca Glinskas
Bianca Glinskas hails from sunny Southern California, where she studied English and Creative Writing at California State University of Long Beach. Her studies kindled her love for poetry by finally introducing her to the impressively ever-evolving contemporary poetry scene (a welcome break from studying the Romantics). Bianca's work has recently appeared in the first online issue of  Ordinary Madness and the Winter 2017 issue of  Glass Mountain Magazine; since her recent move to the area, Bianca is keen to jump headfirst into Denver's literary scene; she is confident that it burgeons in the footprints of significant literary figures who once walked its streets (such as John Fante, Jack Kerouac and others) who also found themselves compelled to answer the pulsing, bluesy call of Denver's Metropolis hearth. When she isn't reading or writing, Bianca enjoys doing yoga, playing viola, exploring the outdoors, drinking at breweries, and holing up in coffee shops for hours on end. For any inquiries regarding Bianca's coverage of Denver's literary scene, please do not hesitate to contact her directly at bglinskas@gmail.com.
Tagged: #feministliteraturebiancaglinskascoloradoliteraryscenecoloradopoetsdenverliteraryscenedenverpoetsfamousdenverpoetsfeministforceI’msofine alistoffamousmen&whatIhadonkhadijahqueenlocaldenverpoetsondenver
OnColoradoSprings.com is a locally-owned and operated directory and information guide for Colorado Springs Colorado
Discover the best of Colorado Springs shopping, restaurants, night life, breweries, events, business, outdoors, fun, local life, real estate, transportation, jobs, and schools.
Looking for what to do in Colorado Springs? OnColoradoSprings.com has columnists, and bloggers to keep you up to date on the best of Colorado Springs, Colorado.