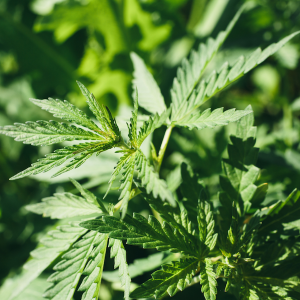 Research on CBD and eye health has been fairly limited due to federal legality, but the passing of the 2018 United States Farm Bill removed CBD from its classification as a Schedule 1 Drug. This will lead to more freedom in the ability to conduct more studies. The research that has been conducted shows both pros and cons for CBD as related to eye health. CBD is one of several cannabinoids produced in cannabis. Cannabinoids interact with the body’s endocannabinoid system by binding to the CB1 and CB2 receptors in a most commonly analogized lock and key method.

According to researchers at the School of Optometry, University of Montreal, Canada, a study on the CB1 and CB2 receptors in modulating electroretinographic waves concluded, “Manipulating the endocannabinoid system might therefore serve as a therapy to restore normal vision and protect the retina”. More research on cannabinoids like CBD for their treatment of glaucoma have been reported from the Department of Ophthalmology, Aberdeen Royal Infirmary, University of Aberdeen, UK. “Classic cannabinoids such as CBD have antioxidant properties that are not mediated by the CB1 receptor. As a result, they can prevent neuronal death by scavenging toxic reactive oxygen species produced by overstimulation of receptors for the excitatory neurotransmitter, glutamic acid.” Increased release of glutamate is 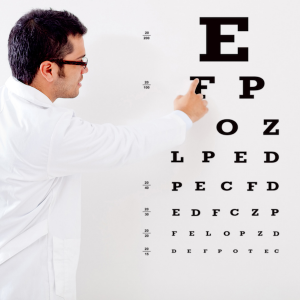 said to be the major cause of retinal cell death, so this suggests CBD could help prevent apoptosis of retinal neurons. 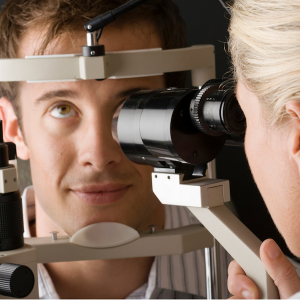 The same UK study also concluded, “Other possible applications of cannabinoids in ophthalmology could be explored. Age related macular degeneration (AMD) is the leading cause of blindness in the United Kingdom. Perhaps the potent antioxidant properties of the cannabinoids may be beneficial in AMD, offering a possible alternative to established antioxidant supplements”. Although there seems to be several pros in favor of CBD for eye health, some cons have been found in relation to CBD and its effect on interocular eye pressure.

A research study with the purpose of assessing the effects of CBD on intraocular pressure (IOP) actually found higher doses of CBD to increase IOP. Their research indicated the “administration of 20 mg CBD did not reduce IOP, whereas 40 mg CBD produced a transient increase IOP rise.” All of this leads me to believe when CBD is administered in proper doses, it can help with AMD, glaucoma, and overall eye health, but more research still needs to be conducted. Hopefully we will see more soon with the legalization of hemp in the United States.

Antonio DeRose
Antonio is the Co-Founder and COO of Green House Healthy, a health and wellness company promoting cannabis as part of a healthy and active lifestyle. He is a NASM Certified Personal Trainer, competitive trail runner, freelance writer and speaker. His company creates healthy experiences through educational and athletic events, teaching cannabis positive fitness and nutrition classes, and providing promotion and media services. Antonio has several years of experience with cannabis, including having worked on an all organic outdoor farm with 6000 plants, from seed to sale. In 2017, he became the first male to complete an entire 420 Games National Tour, a traveling athletic event series focused on de-stigmatizing the lazy stoner stereotype. He is also an official NORML Athlete, representing NORML Athletics.
Tagged:
OnColoradoSprings.com is a locally-owned and operated directory and information guide for Colorado Springs Colorado
Discover the best of Colorado Springs shopping, restaurants, night life, breweries, events, business, outdoors, fun, local life, real estate, transportation, jobs, and schools.
Looking for what to do in Colorado Springs? OnColoradoSprings.com has columnists, and bloggers to keep you up to date on the best of Colorado Springs, Colorado.