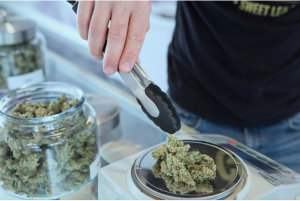 Trending in the Nation

An attempt to educate, destigmatize, and normalize?

*Flower sales this year rose 1.4% vs the 13.8% rise in both, edibles and concentrates, according to the Marijuana Enforcement Divisions 2018 Mid-Year update (Sept2018).

(Although the bill was vetoed, an executive order was issued for research into Medical Marijuana’s safety and effectiveness in children with Autism spectrum disorders).