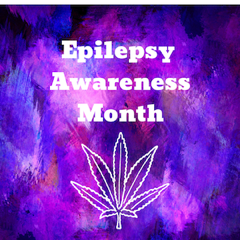 As many of you know, I have epilepsy.  Last month I celebrated being 18 months seizure free! I started having grand mal seizures when I was a teenager. I had several tests, but the doctors could not find out what was causing them. The medical professionals told me I could have multiple seizures every day for the rest of my life or never have another one again and there was no way to tell what my future held. This is one of the reasons I try to live each day to the fullest and not let my condition stop me from doing things I want to do in life.  Knowing that I am one of 65 million people affected by this condition worldwide, research is under-funded and cannabis has the potential to improve the quality of millions of people around the world is what drives me to be active and share my message. In 2015 I moved from my home state of Missouri to Colorado to gain access to legal cannabis. This year, there are 3 medical cannabis initiatives on Missouri’s ballot! The initiative I endorse is New Approach Missouri’s Amendment 2! Missouri is the first state to have multiple initiatives on the ballot. I know so many people in Missouri that could benefit from medical cannabis, including other epilepsy patients. 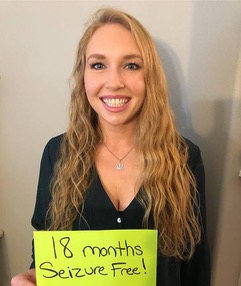 November is Epilepsy Awareness Month!  It was declared National Epilepsy Awareness Month in 2003 to help end the stigma surrounding the condition. Its purpose is to promote education for those living with epilepsy and those affected. People from around the world get involved and show support for epilepsy awareness to help promote change and education. I am one of approximately 3.4 million people in the U.S. living with epilepsy and 65 million people worldwide. Those affected by the condition are more than those affected by autism spectrum disorders, Parkinson’s disease, multiple sclerosis and cerebral palsy combined.  Epilepsy is the cause of an annual 50,000 deaths. One in 26 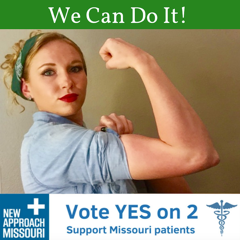 people will develop epilepsy at some point during their lives. Each person with the condition is different and 1/3 of all people cannot control their seizures, because no available treatment works for them. In addition, many others live with extremely harsh side effects from anti-seizure medication as a price to gain control of their seizures. In addition to the 30% of individuals living with uncontrolled seizures, approximately 1 out of 1,000 people will die from Sudden Unexplained Death in Epilepsy (SUDEP) each year. The risk is increased to 1 in 150 for young adults with uncontrolled seizures, which is the leading cause of death among those who suffer from the condition. Researchers have not found the cause of SUDEP, which often occurs during sleep, making answering questions more difficult. Despite under-funding and lack of research being difficult, there are people that are trying to make strides to help those affected.

The Epilepsy Foundation  is a national non-profit. They are leading the way for those suffering from epilepsy by working hard to accelerate therapies to stop seizures, find cures and save lives. Medical cannabis has the potential to save lives and the Epilepsy Foundation believes that the Drug Enforcement Administration (DEA) should end restrictions that limit clinical trials and research into medical cannabis for epilepsy. The Foundation is committed in the advocacy program and has led the fight since 1968. The Foundation recently endorsed Missouri’s medical cannabis initiative Amendment 2 as their choice to bring cannabis to the state. 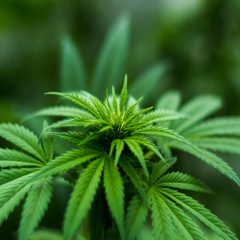 Epilepsy is one of the world’s oldest known medical conditions, yet fear and misunderstanding still surround those affected. This leads to discrimination, lack of funding and fear of discussions about the condition. Anyone can help join the movement to raise awareness, educate, fund research, and find strength in community by getting involved and sharing stories or reading stories of others! For those living in illegal states, the laws need changed!

Please join the community to raise awareness, educate others, fund new research, and empower those affected by this condition. Since medical cannabis has been proven to help many suffering from epilepsy and has the ability to save lives, I urge you to discuss the topic and to get involved so we can make a difference to ensure people with seizures have the opportunity to live their best life!

Heather DeRose
Heather is the CEO and Co-Founder of Green House Healthy, a health and wellness company promoting cannabis as part of a healthy and active lifestyle. Her company creates healthy experiences through educational and athletic events, teaching cannabis positive fitness and nutrition classes, and providing promotion and media services. She is a NASM Certified Personal Trainer, trail runner, writer, public speaker and epilepsy warrior. In 2017, she became the first female to complete an entire 420 Games National Tour, an athletic event series focused on raising awareness about cannabis and its consumers. Heather has placed in several races and plans to continue to trail race to raise awareness for epilepsy, healthy lifestyles and the benefits of cannabis. She has several years of experience with cannabis, including having worked on an all organic outdoor farm with 6000 plants, from seed to sale. It is her mission to share the many benefits of cannabis for people, animals and the planet!
Tagged: ATHLETEcananbishealscannabisculivationdispensaryecofriendlyepilepsyepilepsyawarenessepilepsywarriorfitnessgogreengreengreenforlifegreenhousegreenhousehealthygrowhealthhealthyjointhemovementlivegreenMarijuananewapproachmissouriplantsseizuressucksustainableWeed
OnColoradoSprings.com is a locally-owned and operated directory and information guide for Colorado Springs Colorado
Discover the best of Colorado Springs shopping, restaurants, night life, breweries, events, business, outdoors, fun, local life, real estate, transportation, jobs, and schools.
Looking for what to do in Colorado Springs? OnColoradoSprings.com has columnists, and bloggers to keep you up to date on the best of Colorado Springs, Colorado.