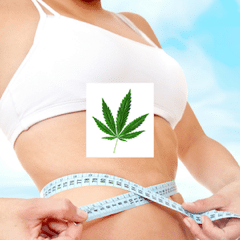 Despite being known for causing an increase in appetite, or “the munchies,” there is evidence suggesting you can lose weight with weed. A study in 2013 showed that obesity rates are much lower in cannabis consumers when compared to those who don’t consume cannabis. The study also concluded the results being present after they adjusted for age and sex. This isn’t a definitive conclusion, and more research needs to be conducted, but the results look promising.

When we get into why weed can help you lose weight we need to look at a specific cannabinoid. The main cannabinoid being reported as responsible for having an effect on weight loss is tetrahydracannabivarin (THCV). One study concluded using “the two highest doses of THCV resulted in a less strong but nevertheless statistically significant reduction of body fat mass.” This same study also found an increase in energy expenditure suggesting that THCV has a direct impact on the 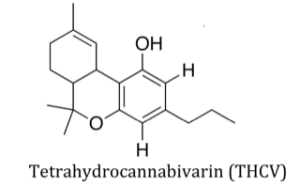 According to another scientific study, published in The American Journal of Medicine, people who consume cannabis have statistically smaller waist sizes than those who do not. All of this evidence is compelling enough to at least suggest weed can help you loose weight. The only issue is finding strains that are high in the most effective cannabinoid for loosing weight, THCV. Although it isn’t the easiest strain to find, it can be done. 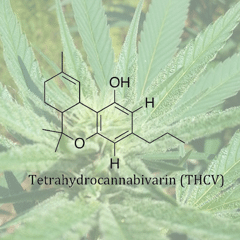 One strain particularly high in THCV, named Doug’s Varin, had lab tested kief come back with a THCA: THCVA ratio of 5:4, with 19% THCA and 15% THCV. Even though this strain’s kief may be testing at 15% THCVA, I’ve yet to find it in a dispensary. A more common strain you should be able to find in your local dispensary known for having trace amounts of THCV is Durban Poison. These are just a couple examples of cannabis strains that could help with weight loss.

Of course, there is no cure all for weight loss, and even though these several studies are suggesting a positive relationship between cannabis and losing weight, there are other 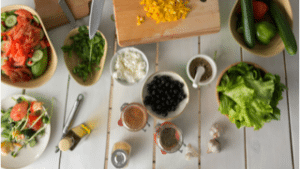 factors to keep in mind. Activity and exercise are key to maintaining a healthy weight. The recommended amount of weekly exercise for adults is 150 minutes. If you don’t like the gym, this doesn’t have to be time spent lifting weights. You can go on walks in your neighborhood, hike out in nature, or take up a fitness class with friends.

The time you spend in the kitchen is arguably more important than your amount of activity. The easiest way to eat healthy is to cook your own food. Try to include more natural whole foods in your diet, like fresh fruits and vegetables, and avoid sugary

processed foods and drinks like soda. If you do these things, along with a moderate level of exercise, you’ll be on the right path to losing weight. You can also check out your local dispensary for any strains containing THCV as a potential cannabis weight loss supplement to your healthy and active lifestyle!

Antonio DeRose
Antonio is the Co-Founder and COO of Green House Healthy, a health and wellness company promoting cannabis as part of a healthy and active lifestyle. He is a NASM Certified Personal Trainer, competitive trail runner, freelance writer and speaker. His company creates healthy experiences through educational and athletic events, teaching cannabis positive fitness and nutrition classes, and providing promotion and media services. Antonio has several years of experience with cannabis, including having worked on an all organic outdoor farm with 6000 plants, from seed to sale. In 2017, he became the first male to complete an entire 420 Games National Tour, a traveling athletic event series focused on de-stigmatizing the lazy stoner stereotype. He is also an official NORML Athlete, representing NORML Athletics.
Tagged: cannabinoidcannabisDoug Varinexercisefruitmunchiesnatural Whole Foodsprocessed foodssodaTHCVThe American journal of medicinevegetablesWeedweight loss
OnColoradoSprings.com is a locally-owned and operated directory and information guide for Colorado Springs Colorado
Discover the best of Colorado Springs shopping, restaurants, night life, breweries, events, business, outdoors, fun, local life, real estate, transportation, jobs, and schools.
Looking for what to do in Colorado Springs? OnColoradoSprings.com has columnists, and bloggers to keep you up to date on the best of Colorado Springs, Colorado.