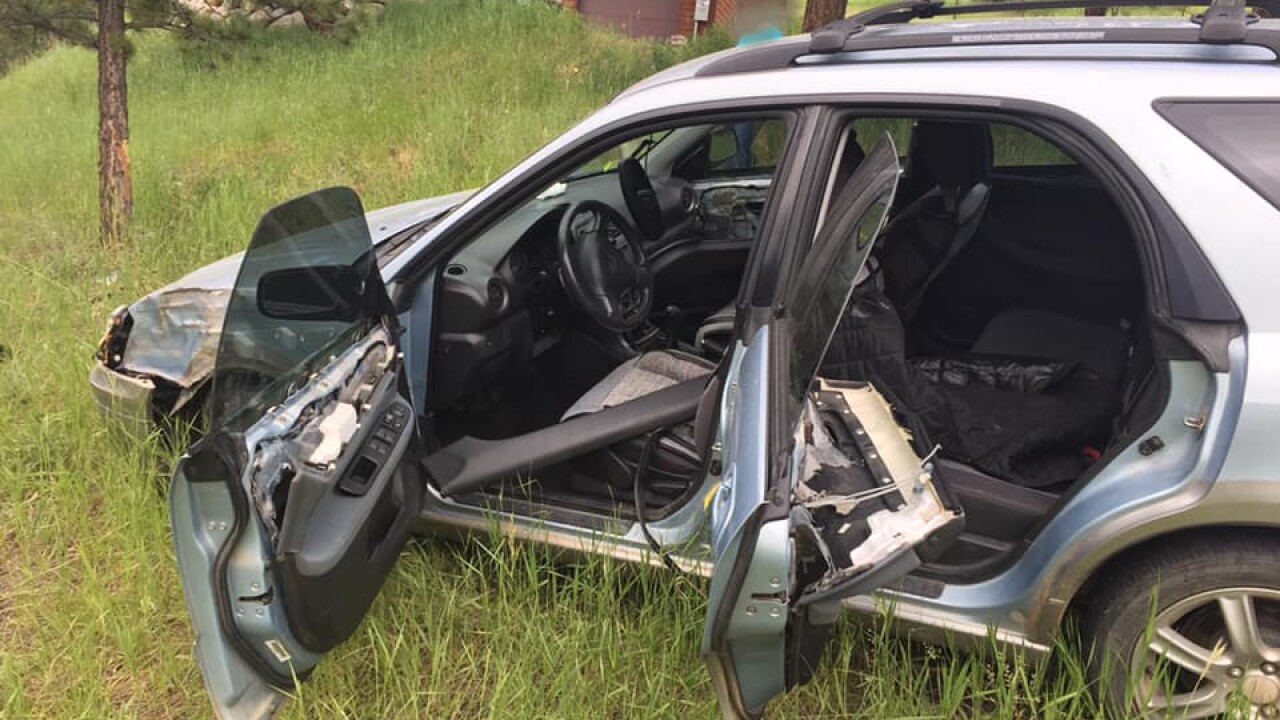 BOULDER COUNTY, Colo. – A “delinquent bear” had a bit of fun in Boulder County this 4th of July, and it didn’t involve fireworks.

The Boulder County Sheriff’s Office said a bear pulled open an unlocked driver’s doors and climbed in. Unfortunately for the bear – not to mention the owner of the car – the door closed behind the animal. The bear then worked on digging through all four doors, “but apparently butt-shifted the car into neutral.”

The car then rolled back and off the driveway about 100 feet down the hill, and the bear ended up swiping a tree before the car came to a full stop.

That was enough for the car to prop a door open, and the bear left the scene of the crash on foot, or should I say… paws, in an unknown direction.

The sheriff’s office said the image serves as a good reminder for people to lock their cars and remove all items that might attract a wild animal in bear country.